Should I put my Edinburgh property on Airbnb?

I get asked this question weekly.

My answer two years ago (subject to correct permissions – see below) would have been, “Yes, you will make more money renting it out to guests rather than tenants”. However, in June 2018, the answer is now not so simple.

By looking at the simple overview of Edinburgh provided by Airdna, you can see that, despite a high demand and an Average Daily rate of £90, the average monthly income of just over £1000. Landlords also have to remember that they would be responsible for Council Tax (before moving to business rates), utilities, broadband and the like. Out of this income, landlords would have to pay for cleaning too. And, if using an agency, like Evergreen Property, their fees as well.

https://www.airdna.co/market-data/app/gb/default/edinburgh/overview
Not all properties suit Short Term Rentals (STR). There are many reasons for this: it could be that the fellow owners and residents of the stair would strongly object to it. In fact, I had to turn a perfectly good property recently for this very reason. There have been reports of the council summarily shutting down STRs due to as little as one complaint from a neighbour. As operators, we need to be mindful of this as people will always want to feel secure in their homes.

It has been widely reported that Council officials have told STR traders to cease trading quoting that they need a Change of Use and Certificate of Lawfulness was required. The ASSC (Association of Self Caterers Scotland) have asked for clarification on this. As agent members, we find ASSC’s information and support for the industry invaluable. I urge you to join or at least sign up for the newsletter.

So, why would I hesitate to suggest people jump into STRs? Well, frankly, I cannot guarantee that I would be able to return to the landlord more than I would if I had rented it out as a long term let.

What has changed in the last two years?

The UK Government’s well-publicised attack on landlords, through Section 24 (in which landlords are limited to the amount of Mortgage Interest relief they can claim against income tax) is one of the major reasons many landlords have moved properties to the STR model. STRs should qualify for Furnished Holiday Let (FHL) treatment by the taxman, offsetting the entirety of mortgage interest against income tax. The Government was warned about this unintended consequence by many people in the property industry but they went ahead anyway. This has had two major knock-on effects:

On Airbnb, it quotes today (1st May 2018) as having over 7000 active Airbnb rentals. Whereas, InsideAirbnb quotes 9683 properties (5474 entire homes, the rest being private rooms). Airbnb suggests a nightly rate of £101 but a occupancy of under 35%. The amount of data available is impressive; however, I have checked my listings and it is out of date – one property listed has been sold and another one has now returned to a long let, whereas several of the more recent additions to our managed portfolio has not been added (it was updated September 2017). So, I surmise that the number of STRs could well be over 10,000 by now. So, what does this mean to you, a landlord that wants to ensure they are doing the right thing for yourself and family? 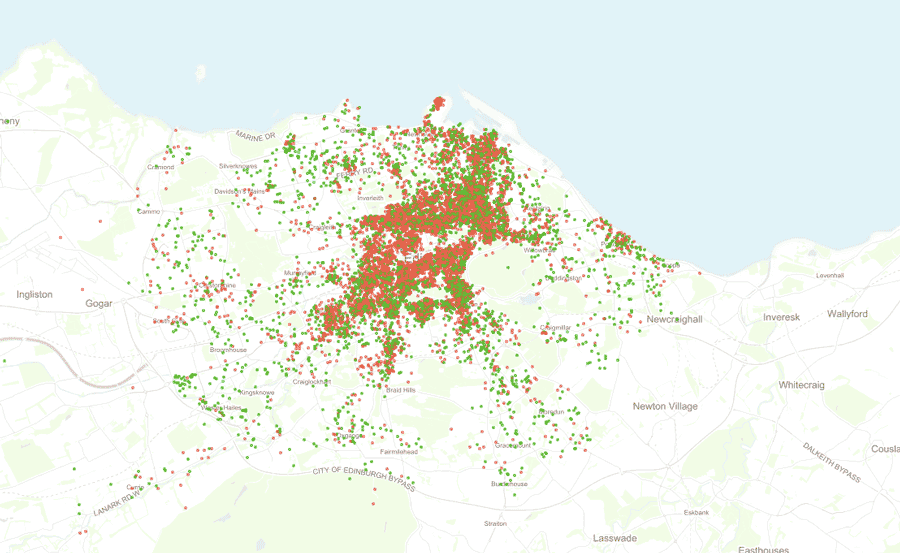 Well, STRs will become increasingly a feast and famine-type game. We are already nearly at capacity for August with ADRs greater than last year and longer stays. My landlords are in for a good summer. However, at the start of the year, I had to make excuses for not returning to them what they were expecting. The first three months of this year saw very difficult trading conditions and, even with some aggressive pricing, we could not compete with hosts who were happy with £40 a night, one night stays and doing their own cleaning! No way. These people think they are making their properties work harder for them but, in reality, their properties are making them work harder!

Over the 12 months, I am still confident of being able to return more money operating as an STR; however, the margin of difference is becoming much smaller. Will the tipping point be this year or next – yes, I think so. Unless your property is bona fide second home and you wish to use it for visits, I believe that after August, using your property as an STR may not be the most profitable choice. Whether the ‘tax breaks’ outweigh this, would depend on personal circumstances. Agencies make more money from Short Lets (we charge 15% of net reservation costs – after OTA commission has been deducted) but I have always maintained that integrity and honesty is the bedrock of Evergreen Property and I would only advise a landlord to change to STR if I could return more money to their pockets than a long let.

However, that said, the summer is a very profitable time. We have had a long tenancy end and the landlord wants us to turn it to an STR for June, July, and August and then look for a new tenant in September. This I am more than happy to do as I know the return over the 3 months will more than compensate. Also, it allows us to conduct viewings when the property is dressed for guests but has no guests, hopefully ensuring a good rent from September. A win-win.

Unlike a couple of years ago, when nearly every property would make more money, in today’s climate, every property needs a full analysis doing to establish demand, price points, competition and projected occupancy.

Now is a good time to dip your toe in the water for a few months but I would not recommend opening the calendar for 12-18 months.

Caveat Emptor:
This article is opinion only and should not be seen as financial advice. Everyone should conduct their own due diligence. Likewise, being able to operate an STR will depend on, but not limited to, lender permission, correct insurance and any changes in local legislation.